Member Clubhouse
Central Indiana Chapter
Chapter Events
Alice Dye Invitational
Fourteen ladies from our chapter attended the 10th Anniversary of the Alice Dye Invitational in French Lick, Indiana August 4-6, 2019.  As a salute to Alice Dye, age 91, who died February 1, 2019,  I asked Marsha Tellstrom, Senior Concierge/Event Coordinator, how Alice decided to allow this tournament to be named in her honor? 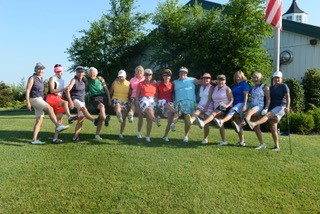 "Alice was our first guest speaker at the French Lick Women’s Invitational in 2009.  Dave Harner suggested to her we name the tournament in her honor and she initially declined. After much persuasion from the ladies in the room she agreed to allow us to call it the Alice Dye Women’s Invitational as long as it was an event for all players to enjoy and not be just for good players!  She believed the role of the better players was to mentor the less skilled." 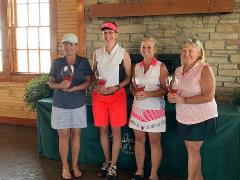 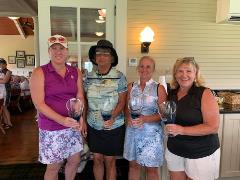 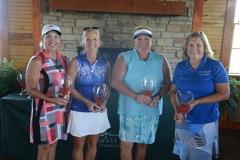 This event truly exemplifies the desire of Alice Dye to promote amateur golf for women.  Marsha and her team puts on the Alice Dye Invitational and truly rolls out the red carpet to every single woman that attends.