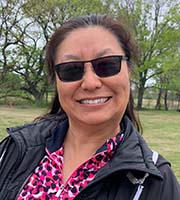 Cindi moved to Frisco in 2005 and joined LPGA Amateurs Golf Association in 2011. As the captain of Lone Star CUP and several LPGA Amateurs CUP teams, Cindi quickly learned that she loves competing in match play events. Cindi enjoys serving as the Golf Events Director and working with the board to provide a robust Calendar of Events, especially during COVID. Cindi looks forward to serving as President and working with the awesome Board members to provide even more fabulous golf opportunities in 2022! We have the best members and they deserve the best!

Cindi provides management consulting services and technology solutions to for-profit and non-profit organizations in the health and human service industry. Cindi earned her BA from University of California at San Diego and MA from New York University. 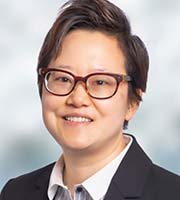 Jin is experienced in the world of accounting and finance as she has worked (and currently still is working) in the public accounting sector for approximately 20 years. She has a keen sense of financial budgeting/forecasting and will apply this to the Finance Director role. Jin is a member of the American Institute of Certified Public Accountants (AICPA) and represents her firm, BDO USA LLP, on the AICPA Digital Asset Task Force.

Further, Jin started playing golf at 9 years old and has seen the growth of the sport over the years, in particular with ladies and girls, and is inspired by the support of LPGA in this aspect. She loves the sport and the wonderful ladies she has become friends with through the LPGA Amateurs Dallas Chapter thus far. With this inspiration, she wants to be involved more intimately and directly with the Chapter by being part of the Board. 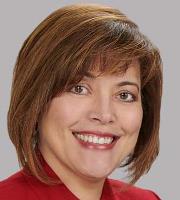 Jackie learned to play golf at an early age, but it wasn't until she joined LPGA Amateurs (formerly EWGA) in 2013 that she established a handicap and really learned the rules of golf. Jackie has previously served on our Board as Director of Member Services, Handicap Chair, and two years as President.

Jackie is the President and co-owner of Chase Medical, a medical device manufacturing company in Richardson. She helped start the company 24 years ago after working as a Recruiter for 8 years. She earned her Bachelor's Degree in Marketing from Sam Houston State University. She met her husband, Collin, on the golf course her senior year in high school. They have one fur baby, a Yorkie mix, named Tiger (Woods).

Jackie's dedication to our Chapter is unsurpassed. Having Jackie promoting our Chapter in the community is a great asset to our Board. 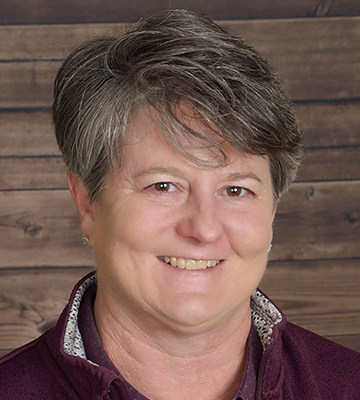 Brenda is not a native Texan but has lived in the Dallas area the majority of her life.  She has played golf on and off since her early 20’s, but has never played as much and enjoyed the game so much since joining LPGA Amateurs in 2014. She has enjoyed the league so much that in 2020 she thought it was time to give back to the league when she joined the board as Member Services Director. She is excited to take on the challenging role of Golf Events Director and looks forward to planning many exciting events.

Brenda majored in chemistry at Middle Tennessee State University and worked in that field until the early 2000’s where she transitioned into IT and specifically Database Administration. She now works at Teradata as a Senior Solution Engineer. Her primary responsibility is designing database solutions for large healthcare clients. 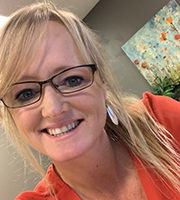 Chalanda is a proud mother of a fun loving, self-driven 24-year-old daughter and is married to her best friend. Currently the Vice President of a large landscape and construction firm who oversees 4 branches throughout Texas. Beginning her career in 2001 as an entry level employee, she has been an integral part in growing the once small company, Richmond & Associates Landscaping, into a landscape and construction powerhouse, currently ranked in the top 150 in the US.

As for golf, her true passion did not bloom until the end of 2017. She was introduced to the LPGA Amateurs at a scramble event in Fort Worth by one of her girlfriends whom actually owned clubs. She was overwhelmed upon arrival by all the ladies in attendance and their talents. Since then, she has formed many wonderful friendships, not just in the Dallas chapter but, throughout the country.

She is continually working on improving her game and is excited to be volunteering for a second term as the Golf Programs & Services Director. In her first term, Chalanda has organized very successful and well attended clinics and assisted with social activities. 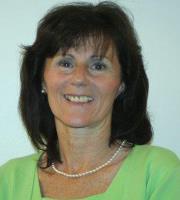 Cindy was born and raised on a dairy farm in Wisconsin. She learned to golf in her late 20's after moving to Chicago, but that came to an end after giving birth to 4 lovely children and working full time.

Cindy's employer relocated her to Dallas in 2015. She decided it was time to start golfing again, living in a state with a nice long golf season. A fellow employee led her to LPGA Amateurs.

Cindy enjoys activities with friends; and after moving to Dallas and not knowing anyone, this organization has filled that need as well as getting back to the golf course. With the children out of college now, Cindy was able to retire and devotes her time to working on her handicap, working out, volunteering, traveling, and entertaining friends and family that come to TX to visit.

She also dedicates a lot of time to her Membership Director Position for LPGA Amateurs. Cindy has served as our LPGA Amateurs Membership Recruitment Director for the last 2 years. During this time, she has successfully implemented several new programs and protocols to grow membership and acclimate new members to the chapter and organization. 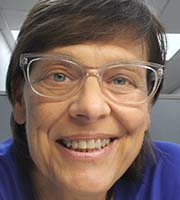 Jeannen is a Native Texan, born in the oil refinery town of Port Arthur. She grew up in San Antonio, moved to Austin and has lived in the DFW area since 1977. She graduated from Dallas Baptist University with a bachelor’s degree in Healthcare Administration. Jeannen has worked the past 27 years for Quest Diagnostics Clinical Laboratories, currently in Business Continuity. Prior to Quest, she was an “on air personality” disc jockey for a radio station in Terrell Texas – which might explain her killer sense of humor.

Jeannen comes from a Cajun heritage where music was always on in the background, and one was taught at an early age how to 2 step and waltz.   Dancing makes Jeannen happy!

Jeannen first started playing golf in 1979, but was sidelined with a knee injury in 1985 and stopped playing for 11 years. In 2016, while volunteering at the LPGA Volunteers of America North Texas Shootout she met several awesome ladies that were members of EWGA, joined the organization that is now LPGA Amateurs, and has been a member ever since. 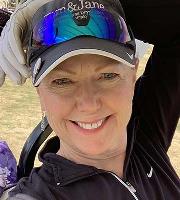 Lynn is a born and raised Texan, and wouldn't live anywhere but Texas (well, possibly NYC). After studying Architecture for 3 years at Texas A&M, she did the unthinkable, and got her degree from UT Austin. Lynn is an independent Web Designer & WordPress Developer, and spends her days building beautiful websites for mid-sized businesses.

A lifelong tennis player, Lynn took up golf 20 years ago after her parents sifted through hundreds of Nancy Lopez clubs at a K-Mart sidewalk sale to piece together a full set of clubs. She later learned it wasn't actually a "full" set, when a helpful golfer informed her that she needed a sand wedge in a sand trap (who knew???).

Lynn joined LPGA Amateurs in 2017 and loves the myriad opportunities for golf, friendships, networking and more. She especially enjoys the opportunities to compete individually and on teams, play in regional and national events, and meet other members from across the state and country. She enjoys serving as the Communications Director. 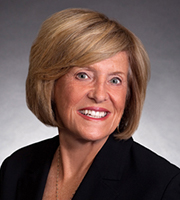 Elaine was born and raised in Dallas but spent two years in Boston, MA after graduating from UT-Austin. Career #1: computer programming in Boston. She met her husband there and convinced him to abandon the cold weather and move to Dallas, where she earned her MBA. Career #2: CPA for KPMG. Career #3: after the arrival of her first daughter, she switched to teaching accounting at SMU. Career #4: after the arrival of her second daughter, she followed a passion and established a stationery and gift design company, Penny Laine, which she co-owned with her artistic business partner for 30 years.

A lifelong athlete, Elaine took up golf in 2012. She found the EWGA in 2014, playing only Girlfriend Golf initially because even the great players were encouraging to her as a beginner. She cherishes the friends she has made in LPGA Amateurs, and particularly loves traveling for golf competitions or just fun golf vacations with friends.