USGA RULES OF GOLF EDUCATION WEBSITE
The USGA has just updated their website which includes the best available
Rules of Golf resources (including the videos we've used in these seminars)
to help prepare you for the season ahead.


One of the benefits of being a member of the
LPGA Amateur Golf Association Central New York chapter is that
you belong to the NYSGA (New York State Golf Association).
This will save you $40 personally if you play in any of their events.
You can register on their site www.NYSGA.org to receive their e-blast.

What is a Best Ball vs Scramble vs Captain & Crew?
Best Ball (also known as four ball in the Ryder Cup) involves 2-person or 4-person teams where each player on the team plays his or her own golf ball throughout the round.  After each hole the player with the lowest score on the hole (or “best ball”) out of the 2- or 4-person team serves as the team's score.  The higher scoring player(s) score is ignored for that particular hole.

Best ball format allows players to play their own game (since players keep track of their own scores), while also allowing the partners to take advantage of the partner that is plays that hole the best.  Scores tend to be a bit higher in best ball than in a scramble, simply because each player has to play their own shots.  If you hit a bad drive, you have to play it (and hope your partner has a better drive).
A Scramble  format, also known as, the Captain and Crew format or Scotch golf; also, uses the phrase “best ball,” but not to refer to the score.  In a scramble, each player hits each time and then the crew (two, three or four players) discuss and decide which shot positions the team best for the next shot; and then everyone plays their next shot from the preferred location. 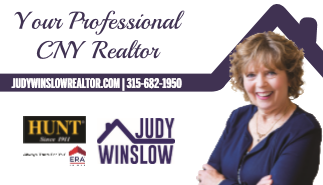